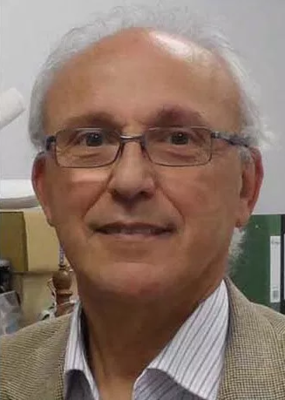 Micro-electronic technologies have enabled image and vision sensors with reduced SWaP (Size Weight and Power). Also, by combining photo-detectors with analog and digital processing circuitry on either single semiconductor substrates or several vertically-interconnected substrates, largely miniaturized smart image sensors and even vision sensors can be implemented. While conventional image sensors rely on integrating photo-diodes, this lecture addresses photo-detectors and array sensors thereof capable of detecting single photons. Principles and potential applications will be covered in the talk, with examples taken mostly form the R&D activities currently running at the Institute of Microelectronics of Seville (Universidad de Sevilla-CSIC).

Ángel Rodríguez-Vázquez (IEEE Fellow 1999) is a Full Professor of Electronics at the University of Sevilla. He co-founded the Instituto de Microelectrónica de Sevilla, a joint undertake of Consejo Superior de Investigaciones Científica (CSIC) and Universidad de Sevilla, and started a Research Lab on Analog and Mixed-Signal Circuits for Sensors and Communications.

In 2001, he was the main promotor of AnaFocus Ltd. and served it as CEO until June 2009, when the company reached maturity as a world wide provider of smart CMOS imagers.

Ángel Rodríguez-Vázquez has 9,200 paper citations and several awards as the IEEE Guillemin-Cauer Best Paper Award or one IEEE ISCAS Best Paper Award. He has an h-index of 47 and an i10-index of 192 (Google Scholar). He has also served and serves as Editor of many IEEE and non-IEEE journals. He has served as Chair of the IEEE CASS Fellow Evaluation Committeee (2010, 2012, 2013, 2014, and 2015). He has been appointed General Chairman of IEEE ISCAS 2020.