In this talk we 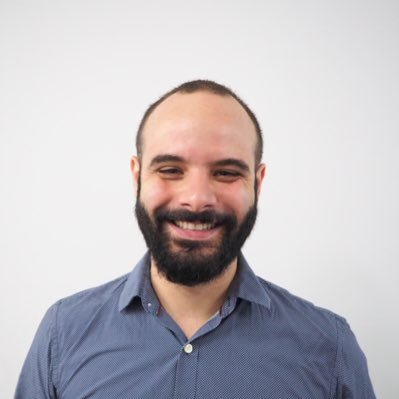 will overview some of these methods and we will go in depth on some of them such as Synbols, or SECO. Synbols is a dataset generator that serves as benchmark for evaluating low data learning models. SECO is a self-supervised model that uses spatio-temporal data to learn representations that transfer well to several downstream tasks. Moreover, we will introduce Haven AI, a tool for running a managing large scale experiments which is the secret sauce tool we used for most of the projects presented in this talk.

Dr. David Vázquez is a Research Scientist at Element AI, a ServiceNow company. Previously he was a postdoctoral researcher at Computer Vision Center of Barcelona (CVC) and Montreal Institut of Learning Algorithms (MILA) and Asistant Professor in the Department of Computer Science at the Autonomous University of Barcelona (UAB). He received his Ph.D. in Computer Vision (2013), M.Sc. in CV and AI (2009) and B.Sc. in Computer Science (2008) from the UAB. Previously he received the B.Sc. in Software Engineering from the UDC (2006). He has done internships at Daimler AG, UAM and URJC. He is expert in machine perception for autonomous vehicles. His research interests include deep learning, computer vision, robotics and autonomous driving.

He is a recipient of four awards for his Ph.D. Thesis by a Spahish chapter of the Intelligent Transportation Systems Society (ITSS); the Spanish Chapter of the International Association of Pattern Recognition (IAPR); the UAB; and the Centres de Recerca de Catalunya (CERCA); three best paper awards (GTC2016, NIPs-Workshop2011, ICMI2011) and two challenges (CVPR-Challenge2013&2014). David has also participated in industrial projects with companies such as IDIADA Applus+, Samsung and Audi.