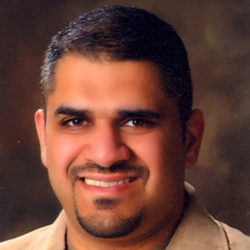 At this event, I will talk about my main research trends in software engineering and e-business topics. In particular, I will focus on my achievements in software project management, software QA & testing, and empirical software engineering. I am also interested in e-learning, mobile computing, and user interface design topics. I often conduct empirical studies to understand the root causes of various software smells and design techniques to help developers and designers diagnose and fix those smells.

For years, Abdallah Qusef was fascinated by computers. He is attracted to understand every aspect of its operation. This interest leaded to an extensive history working with computer software. In 2001, he received the Bachelors degree in Computer Science from University of Jordan, Jordan with a very good rate. As part of the fulfillment of the requirements of Bachelors degree, he worked on many undergraduate projects, such as Students Registration System using Oracle DB and developer tools, Compiler Programming and Decision Support System using C++ and Java languages respectively. In 2005, he completed his master degree at Al-Balqà Applied University in Jordan, researching on “Discrete Logarithm Attack against RSA Cryptosystem”, with two publications on a new kind of attack against RSA depending on solving Discrete Logarithm function. Due to his hard working he graduated with an excellent rate. In 2009 he was admitted, with scholarship, to the PhD program in Computer Science at the University of Salerno (Italy) under the supervisor Prof. Andrea De Lucia. He received the PhD degree in Computer Science with specialization in Software Engineering from the University of Salerno (Italy) in 2012. He is a member of IEEE, ACM, and the Software Engineering Lab at the same University. He is program committee of many conferences like ICSEA2019, AEECT2019, ICIT2019, ICIA2019 and ISSE2019. Moreover, he is a reviewer of many international journals like Journal of Computer Science and Technology, Patents on Computer science, international journal On Advances in Software, Neural Computing and Applications, and American Journal of Computer Science and Information Engineering.