This talk is about a fundamental concept of software: the independence of parts of an imperative program from one another. Independence can lead to increased performance, via parallelism, and to increased data protection via the separation of name spaces. 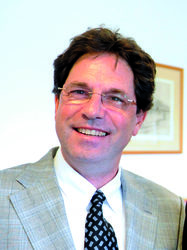 A central paradigm in program optimization is to proceed semantically in an appropriate model rather than syntactically, i.e., directed by the -often arbitrary- textual appearance of the program. We will work in the arguably simplest semantic model for imperative programs: the state-transition model. Starting with the inspection a few characteristic examples, we will develop a precise formal criterion for the independence of two assignment statements. This exploration will lead to some surprising revelations.

The talk requires no prior knowledge other than basic experience in sequential, imperative programming.

Prof.Lengauer received a math diploma (1977) from the Free University of Berlin and a computer science M.Sc. (1978) and Ph.D. (1982) from the University of Toronto. He held an assistant professorship at UT Austin (1982-1989), a lectureship at Edinburgh University (1990-1992) and a professorship at the University of Passau (1992-2018). He is now retired. Prof. Lengauer's research was in programming with a focus on parallel computation. It included languages and methods, program verification, compilation and optimization. He is known chiefly for his work on the polyhedron model for loop optimization. Prof. Lengauer's academic service included the chairmanship of the Euro-Par steering committee (2000-2017) and the IFIP WG 2.11 on domain-specific program generation (2007-2013) in whose inception he was instrumental.